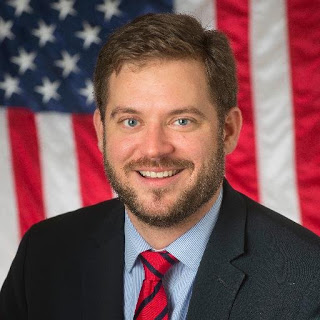 Above is an audio recording of the 911 call that Billy Rausch placed on Valentine’s Day, 2018, from the apartment of a woman he’d been having an affair with for several years. Something happened that day that led to her being admitted into the hospital with a serious head wound. The woman has said that he “tossed” her into the air, playfully, and she hit her head on a light or fan. He tells the operator that she jumped, herself.

As you’ll hear, during the call, Billy faints. He travels with the woman to this hospital and requests to remain in the room while she’s questioned by doctors.

This is the same woman who would later file a protection order against Billy, providing enough evidence to the judge that he believed Billy was stalking her, sentencing him to 22 domestic violence classes. The victim claims he would ask her to “role-play” as Maura Murray during sex so he could choke her and call her names.

As she was filling out her report with DC police, someone using Bill Rausch’s mother’s Facebook profile tried to intimidate her by “liking” all of her photographs, causing an inundation of notifications. This was Billy’s MO at the time. After she asked him to not contact her, he would “like” her posts and pictures late at night to get her attention.

Billy is currently facing charges of felony sex abuse in DC, related to an attack on a separate woman, in 2011.

Billy fought the protection order filed by the woman in the 911 tape, last year, resulting in a three-day hearing during which his attorney made the woman watch a private pornographic video on the stand, in which she was spanked – suggesting that if she liked to be spanked, perhaps the times Billy hit her were also consensual. He once hit her so hard she chipped a tooth.

In an effort to keep the fallout from this affair to a minimum, Billy at times instructed the woman to use only WhatsApp to communicate and to delete their emails and videos before they could be subpoena’d in the assault case. He did this while he was serving in the Army in East Africa.

He has since been revealed as the author of several fake accounts on Reddit, Twitter, and other messageboards, where he has attempted to steer the narrative of his girlfriend’s disappearance for years.

His trial has been delayed several times due to COVID. His attorney plans to defend Billy by claiming he wouldn’t be in trouble at all, if not for the journalists who covered his case. Meanwhile, prosecutors have countered that, should his defense take that route, it will open the door to allow them to tell the jury about his missing girlfriend and the victims he’s left in his wake.