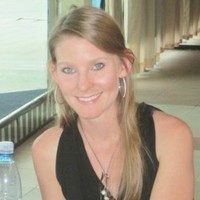 Call him Fulk. He doesn’t want to use his real name. Though, if you follow the weirdness of the Maura Murray case, you already know who he is.

For years, Fulk has been one of my biggest critics, in bed with the group who sometimes do things like put maps to my house online or post my wife’s cell phone number on blogs. Recently, Fulk reached out to me with an apology. He’d had a change of heart. He wanted to confess. And so, I drove out to meet him in Massachusetts, not far from where Maura Murray grew up. What he had to say was stunning. Not everything is fit for publication but he did grant me permission to share a few things.

First, he admitted that it was him and Erinn Larkin (a blogger and sometime advocate for the Murray family) who orchestrated an elaborate hoax in an attempt to frame me for defamation. Unfortunately, it ended up effecting a real life court case, which kept the Murray family from obtaining photographs of the crime scene.

The fake tip came in through my website. A comment from someone named “Michael Baldwin” who said they saw Erinn at a pizza joint in Woodsville, NH with Maura on the day of the disappearance. Michael Baldwin was the name of a real student who lived in the same dorm as Erinn at UMass at that time. Of course I needed to verify this, so I asked to speak to him over the phone. And the number he gave me checked out as a Massachusetts number. But here was the part that almost got me – he also named another student – a man whose last name is Ducharme. He said he was in Woodsville that day for Ducharme’s birthday. I checked. It was a real student whose birthday was February 9. And still, something didn’t feel right. And I didn’t publish. And it all came undone when Det. Charles West called the hoaxster, who admitted it was a “joke.” West used that event in his successful attempt to deny access to crime scene photos a short time later.

“I feel bad about it now,” says Fulk. One night last August, he and Erinn discussed how they could create a fake tip and send to me to publish so they could turn around and show everyone that I am not credible.

“Maybe that’s how I expose the fuck,” Erinn wrote. “Feed him bad info.” It was Erinn’s idea to use someone from her dorm. She sent him pictures of herself so that he could get the description right. She mentions using a “traditional media outlet” if I published the fake tip to report on my damaged credibility. Fulk says he believes when she spoke about “traditional media” she specifically was referring to Amanda Knox, who she and Bill Rausch were trying to get to cover me on a podcast (spoiler alert, I’ve spoken to Knox for over five hours for her podcast and I think she sees the complex weirdness involved with all parties).

You can read their full conversation here. Fulk uses the moniker “Salvadore Cortile” in these messages. During our conversation today, I had Fulk pull up his Facebook app and show me the conversation in his messages to verify that those are not photoshopped. You can see them get increasingly concerned as soon as police became involved.

Another interesting event that Fulk shared with me was a conversation he had with Erinn Larkin where she told him about meeting up with Bill Rausch at a bar in or near D.C. She grew uncomfortable with him and said she thought he was flirting with her in an aggressive way, including sending lewd texts. Fulk was told that Scott Wahl then came to pick up Erinn and take her home, which seemed to anger Rausch. More texts that Fulk shared with me seem to back up this version of events.

Some of Fulk’s conversations with Larkin happened using Facebook’s encrypted chat feature, which allows one party to delete the conversation on both ends if they block the person. Larkin has since blocked Fulk so some of that may be gone. Early today, Larkin deleted or unpublished her two Twitter accounts and Reddit profile.

There was talk between Larkin, Scott Wahl, and others about beating up James Renner, he says. But he thought that was probably a joke (author’s note – not really a ha-ha kind of joke).

There’s more, including a surprising story involving a Tiffany elephant necklace, which I will publish later. From the standpoint of a journalist who has been harassed for years by online trolls, it’s nice, for once, to get an apology.

1 thought on “Breaking Good – An Internet Provocateur Tells All”