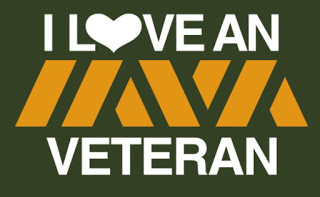 Yesterday, Bill Rausch’s former girlfriend was granted a civil protection order against him after three days of trial. She claims years of abuse, including incidents where he choked her and called her “Maura,” hit her so hard she chipped a tooth, and an assault that took place at a military base in Germany. He is likely to face additional criminal charges related to these allegations.

After the verdict, several members of the Veterans community in D.C. have finally broken their silence.

Kate Hoit, a former coworker of Rausch’s, took to twitter with her reaction:

A few more things about this entire situation. Bill was my boss at GY6 and when this all started unraveling—@JamesRenner’s book and the sexual assault allegations. The Oxygen series, podcast, etc. Bill sat the team down and told us it was all bullshit. https://t.co/2ZJ4HCU7k9

Kristofer Goldsmith, Founder of High Ground Vets, weighed in too:

Folks living and working in the military and veterans space in DC ought to be aware of this: Yesterday a civil protection order was granted to a NEW victim of @RauschB (formerly of @GotYourSix and @iava). This is NOT the same victim as the one in the case of felony sex abuse. https://t.co/bZDbbVouyn

As did Matthew Fecteau, who worked beside Bill at Camp Lemonnier: 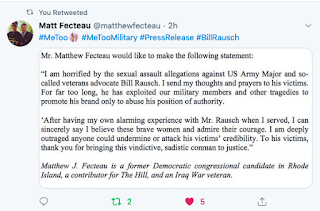 So far six women have come forward, alleging everything from harassment to sex assault and attempted rape. Finally, they’re being heard. Thank you.